Following the trend of Hollywood biopics, “The Godfather of Poker” Doyle Brunson is getting his own documentary. Radar Pictures, which has produced The Last Samurai and the Jumanji films, has secured the rights to depict the … 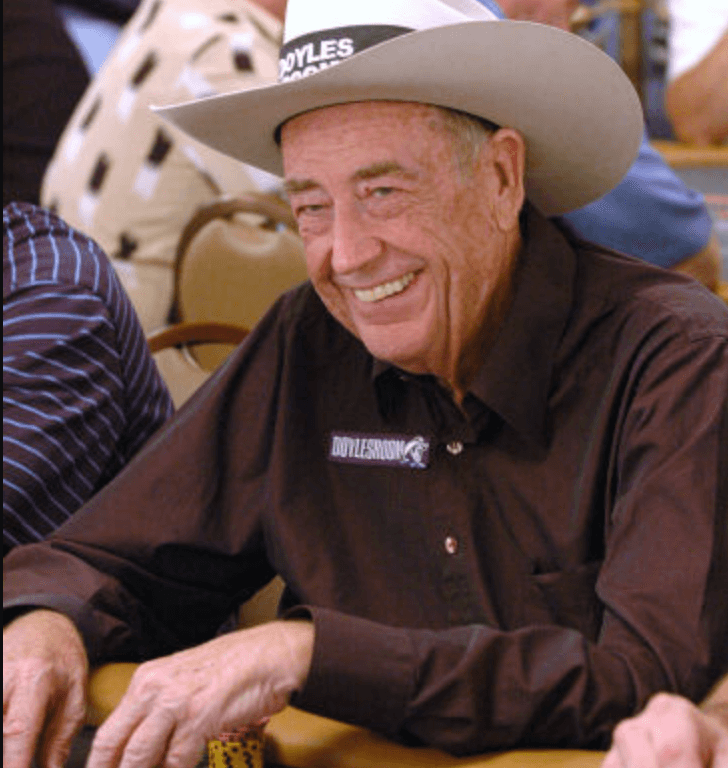 Following the trend of Hollywood biopics, “The Godfather of Poker” Doyle Brunson is getting his own documentary. Radar Pictures, which has produced The Last Samurai and the Jumanji films, has secured the rights to depict the intriguing career and life of one of poker’s greatest.

Doyle Brunson, also known as “Texas Dolly”, is a legendary poker player whose career spanned more than five decades. He is a Poker Hall of Fame inductee and is the first poker player to win $1 million in a tournament. He has been in the World Series of Poker (WSOP) since its start in 1970 and has won the WSOP Main Event twice. He has 10 WSOP bracelets, the most coveted award in poker.

Born in Longworth, Texas, on August 10, 1933, Doyle Brunson grew up in a small town of 200 people. He grew up with two siblings, helping on their family farm and growing up with a simple life.

Doyle Brunson competed in track and basketball and got a basketball scholarship at Hardin-Simmons University. He was being scouted for the Minneapolis Lakers but his professional basketball dreams were crushed after he sustained a career-ending leg injury. He went on to get a master’s degree and got a job as a salesman.

Like most legends, Doyle has a lot of stories surrounding his career. It is said that his start came from being invited to a poker game and winning almost an entire month’s worth of salary in one night. He then quit his job as a salesman and went around with other friends joining illegal poker games before trying their hand in Las Vegas. Brunson stayed in Vegas and eventually started making a name for himself in the poker world.

He is not called one of the all-time legends and top poker players in the world for nothing. He won the WSOP Main Event in 1976 and 1977. He is one of only four players to win this more than once, and he did it in two consecutive years. He is also one of only three players to have won WSOP tournaments in four consecutive years. He is a ten-time WSOP bracelet winner, tied second in rank with Johnny Chan and Phil Ivey to having the most number of WSOP bracelets owned. He is the first of six players to have won both the WSOP Main Event and a World Poker Tour title, which he won in 2004. He also won and finished in multiple other tournaments, including the Bicycle Casino’s 2004 Legends of Poker tournament.

He was inducted into the Poker Hall of Fame in 1988. In January 2006, he was voted the most influential force in the world of poker. He retired in 2018. Since then, he has joined the list of multiple celebrities like Garth Brooks, who came out of retirement to dazzle Las Vegas again, to the delight of their fans. Brunson has been seen in multiple tournaments and events, such as the 2021 WSOP.

Although it is hard to estimate the exact net worth of poker players, Doyle Brunson has been estimated to have a net worth of $75 Million. His winnings are estimated at more than $6 million, excluding winnings at private games. He has also starred in poker shows and has authored multiple books on poker, including Super/System – a book considered to be a bible of the game. However, it was reported that he recently transferred most of his money to his two children, Pam and Todd, who are also established poker players.

Doyle Brunson continues to grace different tournaments and games in Las Vegas, where he continues to live with his wife.

This year, Doyle Brunson became a member of the World Poker Tour’s stable of ambassadors, with plans to attend events and live tournaments. In June, Brunson stated that he will join the 2022 WSOP, but he changed plans due to the advice of his doctor.

What Color Did Camille Pissarro Use More In His Paintings?