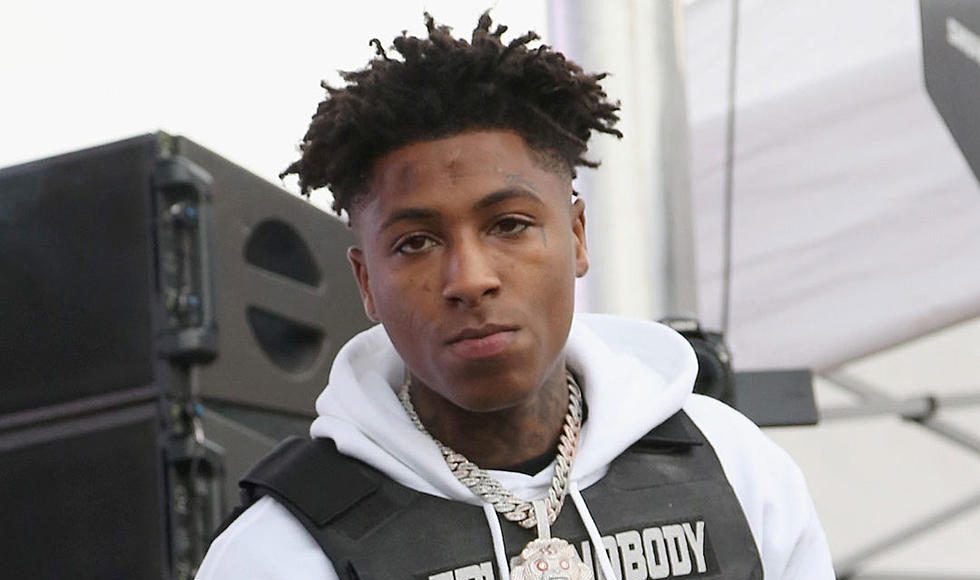 Kentrell DeSean Gaulden, professionally known as NBA YoungBoy, is an American rapper, songwriter, and singer. He was born on 20th October, 1999, in Baton Rouge, Louisiana. He is widely popular as the YoungBoy Never Broke Again, NBA YoungBoy, or simply YoungBoy. This 20-year-old boy is 5ft 8” tall. His best-known songs, “No Smoke,” “Untouchable,” and “Outside Today” peaked on the Billboard hot 100 charts. NBA YoungBoy estimated net worth is USD 4 million.

Who is NBA YOUNGBOY?

NBA YoungBoy estimated net worth is USD 4 million.  YoungBoy discography includes Mind of Menace, Life before Fame (2015), 38 Baby (2016), and Until Death Call My Name (2018). He released his first chart-topper Al Youngboy 2 in the year 2019. The album is a collection of singles like Make No Sense, Self Control, and Slime Mentality. The album peaked at the top position on the Billboard200 in the year 2019. He worked with rapper called Juice WRLD on Bandit, which becomes his first top ten songs and highest-charting single and it topped at number ten on Billboard Hot 100.

The rapper is an American and belongs to African- American ethnicity. His mother and maternal grandmother raised him. Legal issues have always surrounded his personal life; YoungBoy was arrested at a club for kidnapping, weapons violation, and allegedly committing assault.

He dated many girls, and the most recent of them was Jania Jackson, an Instagram personality. They ended the relationship in 2018 and revealed that they had a son in 2019. In 2016, he dated his ex-girlfriend Nisha and had a son. He also dated Starr Dejanee and Niya. He had a biological son from Niya too. All and all, he has four sons with three mothers.

How Does he Make Money?

NBA YoungBoy’s estimated net worth is USD 4 million, and most of his income comes from sales of individual tracks online as well as downloads of mixtapes and albums. He also tours to different places to support his music, and it provides an additional income stream.

YoungBoy Never Broke Again is popular and has a strong social media presence. In the beginning, he was posting music under a YouTube channel called DAVID G. With a successful recording career, Atlantic records now have a YouTube channel that is dedicated to YoungBoy.

NBA Youngboy’s 13 track first studio album, Until Death Call My Name released in April 2018 by Atlantic Records in collaboration with Never Broke Again LLC. The album covers darker themes of rage, violence, and trauma. It was a great success, and the song entitled Overdose has 143 million views on YouTube. The deluxe edition of the album has seven extra songs, two of which feature Offset and Lil Uzi Vert.

NBA YoungBoy was under house arrest for fourteen months, and that was due to probation violation. Because of this issue, he could only record videos and music inside his home, and the overall phase was the inspiration of his song “House Arrest Tingz,” released on YouTube with a video in September 2019. His social media usage was restricted when he was under house arrest and he later released the latest mixtape Al young boy 2 on Oct.2019, which was a huge success.

YoungBoy released his first mixtape in the year 2015 titled ‘Life Before Fame’ and further additional mixtapes were also released shortly in the same year titled Mind of a Menace I, II and III, and Before I Go. The first release caught public interest in October 2016 called 38 Baby and Kevin Gates, and Boosie, the fellow Baton Rouge rappers appeared on the tape.

This had tracks like Homicide featuring NBA and Scotty Coin. Due to the popularity, he received co-signs from 21 Savage and Young Thug like artists.

NBA YoungBoy’s popular videos like Dream, Untouchable, and Fact were popular over social media and attained a considerable amount of views on YouTube as well as the sound cloud. He released ‘Until Death Call My Name’ in 2018. This debut studio album was released with a label Atlantic records and Never Broke Again, LLC. The two singles of this album Outside Today and Diamond Teet Samurai featured Birdman, Future, and Lil Baby. There are more than 50 million views for Outside Today on YouTube.

In 2019, YoungBoy NBA won the award of BET Hip HOP in the category of the best impact Track. YoungBoy was nominated under I Am Who They Say I Am. He has achieved a hit on social media platform rapidly. He has a million views on YouTube and millions of spins on sound cloud. He has over one million followers on Instagram and thousands of fans on Twitter and Facebook.

Net worth and Current Salary/Earnings

YoungBoy net worth is around $4million as of 2020. His networth has increased from thousands to millions. The biggest contributor to his income is his YouTube channel, which makes him among the youngest rich artists. His income will expectedly rise by his passion and professionalism in his career. YoungBoy picked himself and gained fame and an excellent career despite his harsh childhood. He preferred to keep his private life secret.

The interesting facts about YoungBoy are:

Eleven Facts About Lionel Messi That All Messi Fans Should Know

From speaking engagements to book royalties, Biden’s net worth is no longer of a ¨Middle-Class Joe¨

Patience And Perseverance – Why They’re Important For Drug Addiction Recovery

Hypocalcemia: how to prevent it?