Inside The Life Of The Actress Cindi Knight

Cindi Knight is an American actress, but perhaps better known as being the third wife of the actor Andy Griffith. They stayed together until his passing in 2012. Cindi had been in a few acting … 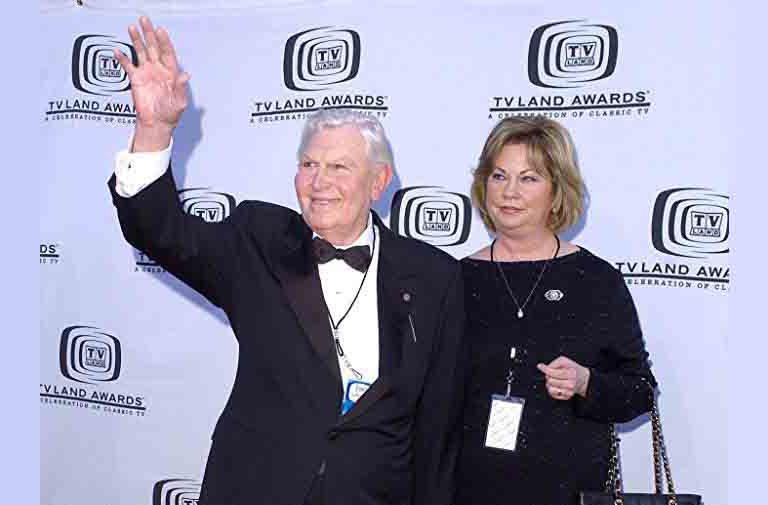 Cindi Knight is an American actress, but perhaps better known as being the third wife of the actor Andy Griffith. They stayed together until his passing in 2012. Cindi had been in a few acting projects before becoming a housewife due to her husband’s health issues.

Early Life Of Cindi And Her Acting Career

Little much we know about Cindi’s childhood. The media does not possess plentiful information about the actress’s early life, education, and family background. Born on 2nd May 1953, she began her acting career before turning 30, in 1982. Appearing in an episode of the “Matt Huston” series which was airing for three seasons on ABC from 1982 to 1985. In the movie, she is following the titular character as he works as a private investigator in LA. Most episodes either involved his friends or acquaintances being murdered or involved in other crimes.

In 1982, Cindi also had the role of secretary in the episodes “Who Would Kill Ramona?”.

The following year she had another role in “Fear For Tomorrow”, before her life-changing acting project “Murder in Coweta Country”. A television movie on CBS, which starred Andy Griffith (her future husband) and Johnny Cash. The movie was based on a 1976 book written by Margaret Anne Barnes, which depicts an actual event of the 1940s, that happened in Coweta Country involving a sheriff and a wealthy landowner. The movie took a huge contribution to Cindi’s life. It was in this film that Cindi and Andy met and subsequently started a relationship.

Marriage, Until A Widow

Prior to meeting Knight, Griffith was married twice. Firstly to Barbara Bay Edwards in 1949. During this marriage, which lasted until 1972 when they divorced, they adopted two children, Sam who passed away in 1996 due to problems with alcoholism, and a daughter named Dixie. Andy’s second wife was a Greek actress called Solica Cassuto. This couple married the following year after Andy’s first divorce. They lasted together for 8 years and split in 1981. With two failed marriages under his belt, Andy enjoyed his single life for two years, until he met Cindi on the movie set and married her the same year. The 27 years of difference or 2 family generations and in some parts of the world almost 3, between them, does seem to me like a father-daughter relationship. To add to this and taking into consideration that Andy encountered his first major medical problem a couple of months after they got married; It also appears to me that Andy looked for a nurse instead of a life partner. That critical year in 1983, he was diagnosed with Guillain-Barre syndrome, which is a rapid-onset muscle weakness disease caused by the peripheral nervous system getting damaged by the immune system. The symptoms of the disease are often associated with a change in pain sensation with weakness in the limbs. The disease left him unable to walk for 7 months, as the muscles from his knees down, became paralyzed.

Besides all, Cindi and Andy’s marriage was going well. Together they agreed to look after Andy’s adopted children. Although there were numerous issues with his health issues as the years passed. This was a reason Cindi stopped any acting projects to help raise a family and support her husband from the background.

While everything was thought to be improving and getting better, while the disease did not cause many issues, numerous treatments and stress result in his heart grew weaker. In 2000, he underwent quadruple heart-by-pass surgery in Norfolk, Virginia, at the Sentara Norfolk General Hospital which was successful. 7 years after Andy survived another, this time hip surgery following a fall. Cindi became a widow in 2012 when her husband passed away from a heart attack while staying at their coastal home in Manteo, Roanoke Island, North California. Within 5 record fast hours of his death, Andy was buried in the Griffith family cemetery located on the island. The planning must have been done weeks if not months before his death to be that efficient.

On the humorous side of this tragic event, 86 year old Andy’s last wish was to have the old house called Roanoke Sound on the North Carolina shorelines, kept as a museum with certain memorabilia within it. However, Cindi had another thing in mind and got permission to tear down the house. We are certain she had her reasons.

Andy was best known for his heartwarming ‘60s series “The Andy Griffith Show”, he also had experience in film, stage, and even in the recording studio, winning a Grammy Award for his gospel album “I love to tell the story: 25 timeless hymns”. Griffith later started his own production company and starred in movies such as “Murder in Texas”, a role that earned him an Emmy Nomination.

Cindi’s late husband Andy Griffith had accumulated a net worth of ＄60 million on the day of his death. She inherited part of his money along with Andy’s adopted daughter Dixie Nann Griffith. As of last year’s accumulation, Cindi’s net worth is estimated to be around ＄16 million.

How Rich Is Robie Uniacke

Tips on How to Cure Your CBD Hemp