From speaking engagements to book royalties, Biden’s net worth is no longer of a ¨Middle-Class Joe¨

While he may like to present himself as a man of the people who lives a rather average existence as a long time member of the middle-class, the reality is that Joe Biden is a … 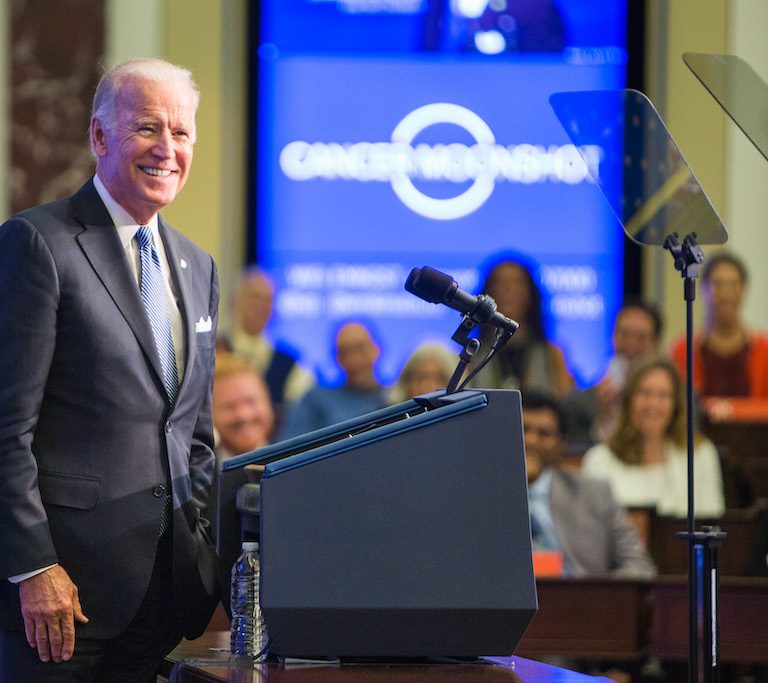 While he may like to present himself as a man of the people who lives a rather average existence as a long time member of the middle-class, the reality is that Joe Biden is a multi-millionaire who has seen tremendous economic success as a direct result of being president Barack Obama’s running mate. Forbes magazine estimates his net worth to be at around $9 million and if you follow his career path in recent years it pretty much mirrors Obama’s in a number of respects.

It certainly wasn’t always this way for Joe Biden when he was growing up, however. His father was raised in a life of true privilege thanks to the considerable income that came in from his father’s rather successful career running a division of American Oil. This was a high-class lifestyle that he would have liked to pass down to his son, but, when it came time to head out on his own business ventures, he wasn’t nearly as successful. It included a real estate deal in Boston and an investment in crop dusting. He failed at both leaving his family rather broke.

The former vice-president explains this in his 2007 memoir Promises to Keep: On Life and Politics. A young Joe Biden still was able to go to private school, but there certainly must have been a certain desire to reach the types of successes that the previous generation of his family had enjoyed. You can tell when you see him speak, that he’s someone who feels as though he deserves much more than what has been given to him.

If you look at clips of him from years ago you’ll note that he was someone who was acutely aware of his financial situation on a regular basis and was looking to achieve more that what his circumstances afforded him. At a White House event in 2014, he told a crowd how he has noticed that he had been listed as being the poorest man in congress, and there’s no doubt that he was looking to change this in a big way, sooner rather than later. He may be elderly but there was still plenty of drive.

After his time serving as vice-president, he was sought after for more speaking engagements and regularly received offers that were in the hundreds of thousands of dollars. It doesn’t take much to imagine the delight an aged Joe Biden must have felt now that his career really seemed to be taking off. One such speech took place at Drew University, where he was paid an incredible sum of $190,000! Between the years of 2017 and 2018 he would go on to perform at dozens of speaking engagements. According to the Associated Press, Biden’s basic speaking fee ranges from $40,000 to $190,000.

The interesting thing about Joe Biden’s net worth is that it is tied to the same kinds of sources of income as Barack Obama. One could say that they followed the same type of employment, namely being paid to speak at certain events and accumulating royalties from book deals where they were expected to capture this type of cadence. They have both used their public persona to sell themselves in a number of forms.

Indeed, if you’ve been paying attention to his speeches over the years, you’ll notice a common theme of him mentioning how humble his life is and how he believes he lives the life of the middle-class and therefore is able to understand their plight. In a country with so much wealth inequality it is easy to see how his words would have rung a few bells. It’s hard to blame him for trying to tie his image up in this type of folksiness as it would serve him to become the orator that people from all walks of life would demand from him. This would extend to his writing that would appeal to a considerable fraction of America, particularly those that would like to get back to more traditional rhetoric in the political sphere.

He lived comfortably as a senator earning a salary that began at $42,500 a year to one of $172,000 and his net worth in 2009 was at less than $30,000. When he became vice-president, the figure of his salary went up to $230,000. It was after this time that he directed his free time towards pursuing book deals and really saw a considerable improvement of his finances. In the two years following his time as vice-president, he, along with his wife, would earn more than $15 million. He earned almost two million just by taking part in events related to his book tour.

The first truly major book deal was one that he signed along with his wife at around $10 million and included a three book deal in which they were expected to be written over the coming years. Due to this new source of income, he decided to purchase a $2.7 million vacation home in Delaware that overlooks a man-made lake and was originally built by the wealthy du Pont family.

When you look at his tax returns, you’ll note that these types of opportunities dramatically changed his accounts. In 2016, he earned around $400,000, the next year this ballooned up to $11 million, remaining it remained in the millions the year after that. He has now bought a second home in Delaware and has a real estate that adds up to $4 million. As a matter of fact, the majority of his wealth is in real estate at present.

Joe Biden’s portfolio doesn’t end there, he also has a federal pension that’s estimated to be worth almost a quarter of a million dollars per year. He also has cash and investments that when combined are worth around $4 million. The way that things are looking, it doesn’t seem as though there is any chance of going back to a regular Joe for Biden. He has received the kind of success that he’s been wishing for so long that it leaves one wondering what he plans to do for the remaining years of his life now that he has the opportunity to really invest.

From a senator to a presidential nominee there’s not much that seems to scare Biden now that he is selling himself to the country at large and has found the confidence to grab whatever he can to keep moving up the ladder. It’ll be interesting to see how the future treats this captivating public speaker who has always tried to keep middle America in his mind.

Joe certainly seems to be on a roll. Not bad at all for someone who’s family had gone broke and who’s used the spotlight to brag about being the type of man who understands the concerns of the average American. If for nothing else his presence on the national stage serves as reminder that when you talk to people as though you’re a ru of the mill person, they tend to listen and hopefully, reward you with all kinds of personal and professional success.