‘Friends’ was an American show that was broadcasted in the ’90s and early ’20s. This show had gained worldwide popularity and is still appalling in the hearts of everyone. The group of friends hanging out … 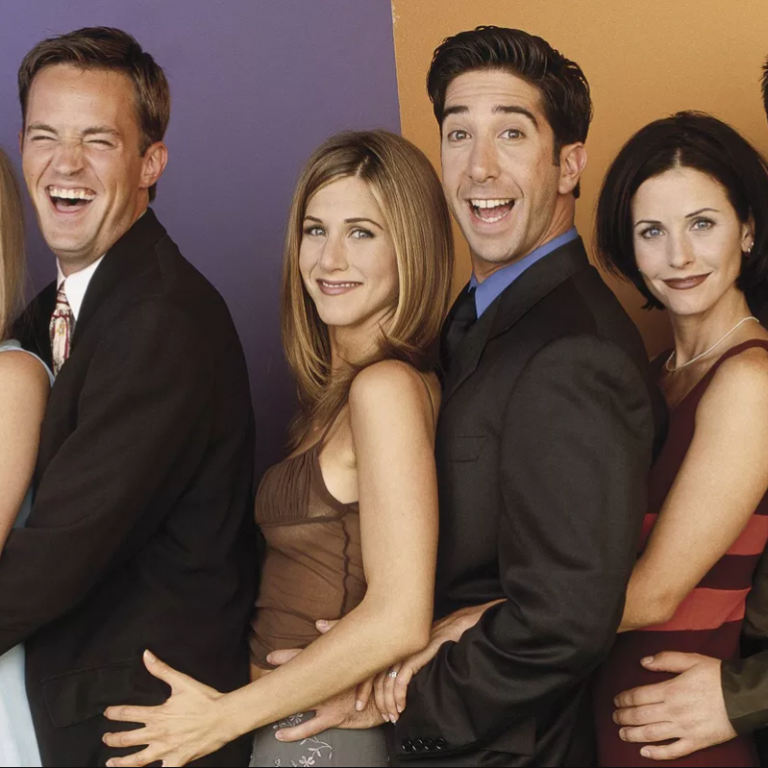 ‘Friends’ was an American show that was broadcasted in the ’90s and early ’20s. This show had gained worldwide popularity and is still appalling in the hearts of everyone. The group of friends hanging out in the coffee house of LA is the main essence of the show.

The show revolves around a group of friends and friendship depicting that how a group of singles living away from their families has found their new families in their friends.  People can still relate their selves to the friend’s characters like Monika, Joey, Chandler, Rachel, and Phoebe.

The series was all about these five friends living their lives in New York City, their relationships, and doing their day to day activities. It was all full of fun, drama, and with every bit of emotional flavors, anyone can feel relatable to.

Different social issues which were not acceptable by society and even people didn’t like to talk publicly about it like homosexuality, same-sex weddings, and even real like gay activists were featured in one of the episodes. But all these issues were addressed under the blanket of light comedy, which was highly appreciated and accepted by all.

How I Met Your Mother?

HIMYM is also one the loved series, which was premiered in 2005

and ran nine seasons.” Ted Mosby”, one of the series characters who was recounting all the events and incidents with his children about how he met their mother. The story goes into flashbacks and deals with a bunch of best friends. The storyline was very delightful and kept people stuck to it for nine seasons though nowadays it is a big-time span for TV series.

Many catchy phrases caught the attention of the younger generation. Some of these catchy phrases are-(“Legend – wait for it – dary”), pick-up lines like-(“Haaave you met Ted?”).The overall journey of How I Met Your Mother offered a valuable lesson about the adulthood friendship, the strong bond that was shared by them, and how they handled each and every situation in such a light-hearted way.

Keeping such bonding after college really means that friends are no more friends, but instead, they have become family. This show portrayed the colors of every emotional bond among friends, which acted as an adhesive to make their audience stay.

Big Bang Theory is a comedy about friendship, love, and a group of physicists-Leonard, Sheldon, who are roommates and having their other nerd friends and the love interest of Leonard -Penny living in the same building. They all together share an adventurous and amusing journey which was welcomed with warmth by the friend’s fanbase.

The show ran for twelve seasons and won various awards. This show was filmed in front of a live audience, its first season received mixed reviews, but the second and third seasons were received more positively. The main essence of this show was the fact that the characters were scientists. Therefore many famous professors like-‘David Saltzberg’ reviewed the scripts and provided the dialogues, all the famous equations, and science equipment.

Stephen Hawking’s who s famous theoretical physicist was cast in few episodes, which made the show touch new heights as no sitcom ever caste such big celebrities. Big Bang theory audience enjoyed the show very much, and no friends fan must be left who had not watched this show with the same charm they were caught to friends show,

Seinfeld is the cynical version of Friends, created by Larry David and Jerry Seinfeld. The story is tightly plotted and the characters include Jerry Seinfeld as a stand-up comedian along with his group of friends that make his life more chaotic. All the characters are very different from friends with different sensibility. This is often described as a ‘show about nothing.’ The show mines the humor in various mundane situations such as searching for a lost item, waiting in line or tribulations and trials of dating. The life revolves in the City life of New York, and thus, situations and stories are very similar. In fact, many starting episodes of Friends were rejected by the Seinfeld producers.

Fans of the popular show Friends love Modern Family. It offers a current scenario of American Family, including the stories of interconnected relatives. This heartwarming and hilarious show is a documentary format. Just like ‘Friends,’ the Modern Family had also enjoyed the popularity with the loveable support of characters. It has one of the best sitcoms casts. The show treasures the Gloden Globe award in the category of Best Television Series: Musical or Comedy in 2012.

Similar to Friends, The Office has a series of hilarious episodes that are filled with lovely characters, well-matched actors, and relatable situations. The show went on air one year after the Friends went off the air. This comedy classic is entertaining and related to any viewer who came across the laughable, awkward office culture.

Unbreakable Kimmy Schmidt is a comedy series on Netflix, and like Friends, this show is about the people who are struggling to figure out their future in New York. The show is all about the struggles to make money as well as date people. The episodes revolve around the format, and the fantastic cast makes it addictive. It is a must-watch if you want to invest time in the long running story.

Cheers dominated the 90s, and the show was hugely popular. Diane and Sam were the original Rachel and Ross. Instead of enjoying coffee at the favorite coffee shop in New York, the character of Cheers hangs out at their favorite bar in Boston, as it is the same sort of thing. All the characters of Friends are of the same age, and the story plot is almost the same as that of Cheers.

The characters of Cheers are from different walks of society with different ages. The viewers are addicted to the beauty of bar settings: customers and staff bonding with guest characters giving their appearance.

Will & Grace is a show that is a terrific social monument along with a classic sitcom. The show made the people comfortable with the idea of marriage in same-sex. Joe Biden, the Vice President of Barack Obama, said: “I think Will & Grace probably did more to educate the American public [on LGBT issues] than almost anything anybody has ever done so far.”

This outstanding sitcom was the courageous move after Ellen DeGeneres’ sitcom canceled by ABC for including an episode where she was gay. This was the friendship story of a straight woman and a gay man, and it was the era of popular sitcoms such as Friends.

New Girl sitcom is set in Los Angeles and has the same premise of a bunch of friends who talk about their love and hang out in an apartment with their busy work lives. This is an on/off romance between two leads slacker Jake Johnson and Zooey Deschanel.

Most of the people love the friendship part in the popular show Friends, and That ’70s Show also revolves around friendship. The series focuses on Eric Forman and his pals Donna, Hyde, Kelso, Fez and Jackie. These teenage youngsters are aimless in their life and hang out in Forman’s basement, smoke weed, listen to music and annoy parents. It is games, funs and lots of romance.

If you are interested in watching characters in Friends spending huge and unrealistic amounts of money in food, housing, and entertainment, you will surely love Frasier. Fraiser Crane, an on-air psychiatrist, teaches a course on various fine things in life. He enjoys art, wine, and dining at the most luxurious establishments.

The life of Fraiser Crane is not that glamorous as it sounds as he is divorced and lives with his father, Martin. Friends had a young hot cast, but Frasier dates lots of bold and beautiful women, but he can’t keep one.

Tips on How to Cure Your CBD Hemp