Herman Cain, a politician, and an American entrepreneur was born on December 13, 1945, in the United States. The 74 year Tea party activist and a syndicated columnist is 1.84m tall. He is probably most … 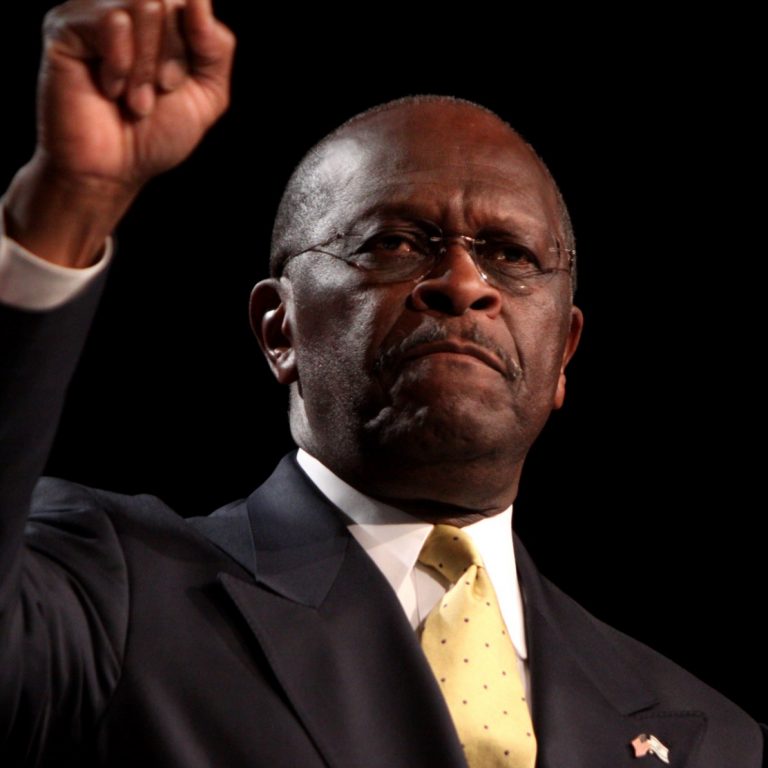 Herman Cain, a politician, and an American entrepreneur was born on December 13, 1945, in the United States. The 74 year Tea party activist and a syndicated columnist is 1.84m tall. He is probably most popular for being a Republican candidate during the Presidential election in the year 2012. As of 2020, Herman Cain’s net worth is $10 million.

Who is Herman Cain?

Herman Cain is best known as an American Politician. The former CEO of Godfather Pizza had a colorful figure in Republican presidential primary in the year 2011. He led the polls but was forced to drop out of the competition after allegations of miscounting came to light. However, Herman kept himself in the public spotlight. He worked for Navy, Pillsbury, and Coca Cola.

He also wrote several books embracing his political and business philosophies, such as This Is Herman Cain! published in 2011, They Think You’re Stupid: Why Democrats Lost Your Vote and What Republicans Must Do to Keep It published in 2005, the CEO of Self: You’re in Charge published in 2001 and Speak as a Leader: Develop the Better Speaker in You published in 1999.

On June 23, 1968, Herman Cain married Gloria Etchison. Their love story began when Herman saw Gloria on the street corner. At that time, he had a part-time job in a grocery store. Nearly one year later, the couple decided to marry when on their date.

How Does He Make Money?

Since the beginning of the year 2010, Herman Cain, a Republican presidential candidate, has collected over $680,000 in stock-option exercises and corporate director fees. His financial disclosure form also indicates that he used some personal wealth, a loan of $500,000 to float his campaign.

As Herman was also a radio host, he drew a salary of $165,183 from Cox Radio.  He received $120,000 from Hallmark Cards as director fees. Herman collected $202,500 from Agco, a Georgia agricultural equipment firm and $359,008 in stock options and fees exercised from Whirlpool, a Michigan based home appliances manufacturer.

While pursuing a master’s degree in Computer Science, Herman Cain continued to work with the United States Department of the Navy. He began his corporate career by working at Coca-Cola. In 1977, he joined Pillsbury Company, located in Minneapolis, and soon he became the Vice President of the company.

From the year 1982-86, he joined Burger king and enjoyed huge success as a business executive. Herman held the position of CEO and the Chairman of Godfather Pizza from 1988-1996. Herman was the President and CEO of the National Restaurant Association and enjoyed working in these positions.

He was the Chairman of the Federal Reserve Bank of Kansas City. He also served the Kemp Commission and the senior adviser to Bob Dole’s presidential campaign. Herman sat as a board member of Whirlpool and several other companies.

He became a keynote speaker of the national level and also created a leadership firmly while keeping a keen interest in writing. He wrote three books on topics ranging from leadership to self-empowerment. In the year 2002, he served as an executive lecturer for the Gallup Organization.

In the year 2011, he announced his presidential ambition and was front runner in the polls but got defeated by Barrack Obama. He worked as a radio host at WSB.

As a business executive, Herman had a very successful career. He is very well experienced and held the highest position in several companies. He bagged The Horatio Alger Award in 1996.

Herman Cain’s estimated net worth as of March 2020 is $10 million. He has accumulated this wealth from multiple sources. Herman worked hard from the beginning of his career and appointed in various prestigious positions in several companies. As a corporate director, he earned $680,000 as fees, and as a radio host, he earned $165,183.

Herman made a career in the business world and has been involved in charitable organizations and established many NGOs. Herman Cain also is the board member in several companies and serves as an associate minister of Antioch Baptist Church North in Atlanta.

Some of the interesting facts about Herman Cain are:

Cain was the CEO and the former chairman of Godfather’s Pizza. He was also the chairman of the Federal Reserve Bank of Kansas City.

Herman Cain as a Writer

Cain has written five books with the first released in the year 1997.

This Is Herman Cain! published in 2011, They Think You’re Stupid: Why Democrats Lost Your Vote and What Republicans Must Do to Keep It published in 2005, the CEO of Self: You’re in Charge published in 2001, Speak as a Leader: Develop the Better Speaker in You, published in 1999 and leadership is a common sense (1997)

Herman Cain is an associate member at Antioch Baptist Church North in Atlanta, which is also a part of the National Baptist Convention USA. He joined the church at the tender age of ten.

In 1996, Herman Cain was the senior economic advisor to the Kemp/Dole presidential campaign.

In the year 2000, Herman ran for the Republican presidential nomination. As per Cain, it was not much about winning the nomination but more of making political statements.

The seat came open in Georgia as U.S Senate in the year 2004 after the democrat Zell Miller’ retirement. For this seat, Cain ran for the Republican nomination, facing Mac Collins and Johnny Isakson in the primary. Collins and Cain hoped to deny Isakson on primary day majority to force him into a runoff.

Cain was painted as a moderate by Collins, while the former argued that he opposed the legality of absorption unless the mother’s life is in danger. Cain was ahead of Collins and finished with 26.2% of the vote. Collins won 20.6%, but Isakson won 53.2% of the vote and thus was able to avoid a runoff.

Herman Cain was diagnosed with cancer in the year 2006. For this Stage IV cancer, Cain underwent chemotherapy and surgery, and since then, he is living a healthy and cancer-free life.

Sarah Palin Net Worth: How has she made the fortune?