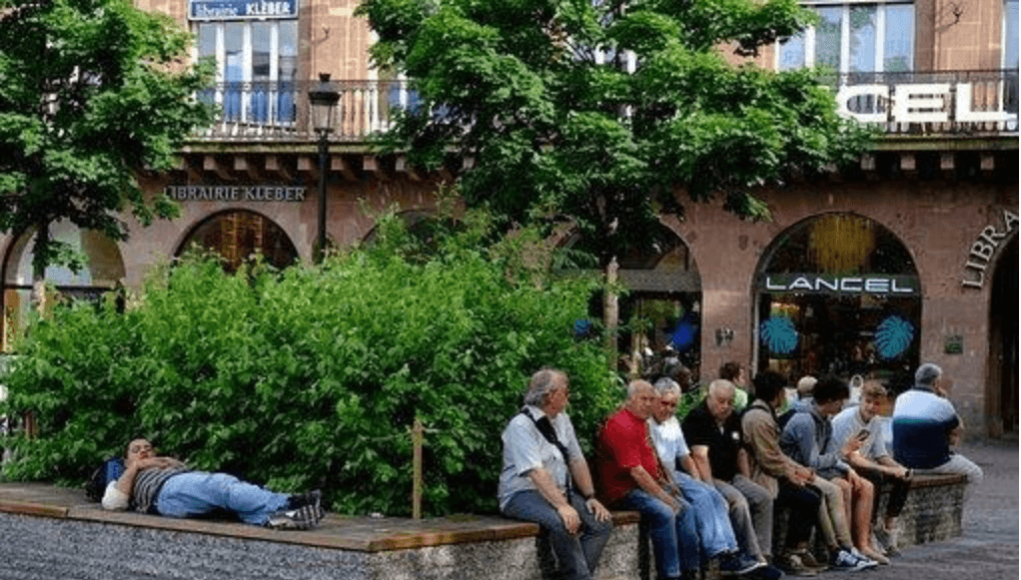 Building inclusive, healthy, functional, and prolific public places is perhaps the most significant challenge facing humanity today and is not easy to solve. But a vital piece of this puzzle lies at the heart of the world’s urban areas – in their public spaces. When we talk about public space, we must first understand that it plays an essential role in the city’s concept. Public space is a place for movement, interaction, and nexus between people. The city’s daily activities take place in a freely accessible area, without barriers or prejudice.

However, the perception of public space is often limited to representations of parks and squares. Streets, for example, are often neglected as public spaces despite constituting a large part of urban public space. In the large urban centers, roads make up on average 60% of the total public space, while traffic routes account for less than 40%.

Work on the streets and Multi-use parks and plazas

Cities are based on a simple principle: If you plan for people, you get people. If you plan a city based on cars and traffic, you get cars and traffic. Increased traffic and road capacity is not an inevitable consequence of growth. It is the result of very deliberate choices to shape our communities to accommodate private vehicles. We have the opportunity to make many choices, starting with the decision to design our public places as comfortable and healthy places for everyone. This includes no just drivers but also pedestrians and cyclists.

For example, the cable car in Medellin, Colombia, is an excellent example of a transport system that improves street life and promotes social cohesion. The cable car passes through a mountainous area that was once considered the most criminal and gang-ridden area of Medellin. The city’s traditionally marginalized residents now have quick access to the city’s central metro system, which previously meant climbing hundreds of stairs or taking a long trip by minibus.

While on the other hand, big urban parks are a safety valve that gives people breathing space in densely populated urban areas. A poorly planned or maintained park can be a place of fear and danger, discouraging people, business, and investment. On the other hand, great squares can be a source of civic pride and allow residents to feel connected to cultural and political institutions.

Informal, state-run market economies thrive in many cities worldwide. But often in a chaotic way, clogging up the streets, unfairly competing with local businesses, and limiting marginalized groups’ aspirations to promote themselves.

However, markets can provide a structural and regulatory framework that supports small businesses’ growth, ensures food safety, and makes them a more attractive destination for shoppers.

For example, the Warwick Junction traditional medicine and herbal market in Durban, South Africa, was once an unpleasant and dangerous place. To protect themselves from thieves, vendors sold goods on the pavement. The wastewater from cooking the local dish, beef head, flowed into the city drains, attracting vermin and clogging the pipes.

Redevelopment changed all that. The municipality drew up a comprehensive plan for developing the local infrastructure. Public officials went to the traders to find out what they needed. They reprogrammed the space next to the market to create enclosed stalls and locked warehouses for the traders. They widened the pavements to make it easier for shoppers to move around the shop. The cattle-headers now have hygienic cooking equipment. As a result of all these improvements being passed on to the beneficiaries, the economy has improved. Safe signage has increased, and employment and business opportunities have soared.

A healthy city is where residents have access to necessities such as clean water, sewerage, and wastewater processing. It is also a procedure where healthy food is available to all, where women and children can walk safely. People can use public spaces such as parks and squares safely and comfortably.

For example, Downtown Detroit is a neighborhood in need of many basic needs. Many of the residents do not work. Many do not have a car and public transport is inept. Safety is a big problem – the city cannot repair the broken street lights. Many houses are deserted and occupied by squatters.

In 2011, with significant support from the Kresge Foundation and the Christian Development Corporation of Central Detroit, PPS helped organize a harvest festival outside the Peaches and Greens market in downtown Detroit. Peaches and Greens made it clear that the festival was a great meeting place for residents even though it was surrounded by wasteland. Many neighbors expressed a desire to participate in more community events.

When public spaces contain green areas, they can support native natural ecosystems in the built environment. Squares, parks, and other green passageways can be designed strategically to mitigate environmental impact, increase urban resilience and provide opportunities for residents to connect with nature.

For example, in São Paulo’s Grajau neighborhood, the city created a Parque Cantinho do Seu Park. The park is designed to protect one of the metropolitan area’s primary water sources. It is part of a joint city-state initiative called the Water Sources Program. The Water Sources Program aims to maintain a sustainable water supply and sanitation network, storm water drainage, and sanitation facilities for marginalized communities. This park is not just a place for recreation for the people of São Paulo. The Cantinho do Seu park has improved resilience and quality of life in an area that was once particularly vulnerable.

What if there were ten such places in a neighborhood, a series of locations where residents and visitors alike could engage in the city’s life for days on end. Then every citizen would have access to a healthy public space close to home. If we are serious about improving and revitalizing healthy public areas, we must set such a goal for all cities.

Melt Away Fat with SculpSure in San Antonio